History of the 1620s House and Garden

Donington Le Heath Manor House is one of the oldest houses in Leicestershire and was built in around 1290.

The land was originally owned by William de Sees, who gave it to Charley Priory  in 1204 to help the passage of his soul through purgatory. The Priory then let out the grounds (and presumably an earlier house) to tenants.

The present house was rebuilt by a lawyer named Robert de Herle in around 1290. One of his clients was John Comyn, Earl of Buchan, of Whitwick Castle.

It is uncertain whether the original manor house had a separate kitchen block, joined to the surviving chamber block by a great hall, or whether the building that survives was purpose-built as a private house by Robert and his wife, Isabella. 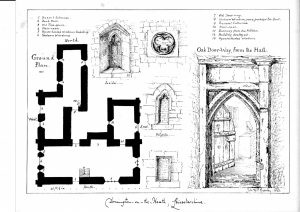 After the death of Robert’s wife, Isabella, in c1320, the Manor House tenancy passed to the Pakeman and Digby families, who were related by marriage.

During the Wars of the Roses, the Digbys fought for the Lancastrian cause and lost four brothers at the Battle of Towton (1461). Although the house was technically owned by the Church, it was confiscated by the Yorkist King Edward IV.

Sir John Digby, who fought for Henry Tudor in the Battle of Bosworth (1485), regained tenancy of the Manor.

It was probably during the Digby era that much of the graffiti appeared on the stone and timber work of the house, most of which was designed to protect the house and its inhabitants from evil spirits. Among these apotropaic marks are deliberate taper burns on the doorways, used to stop evil spirits passing through them. 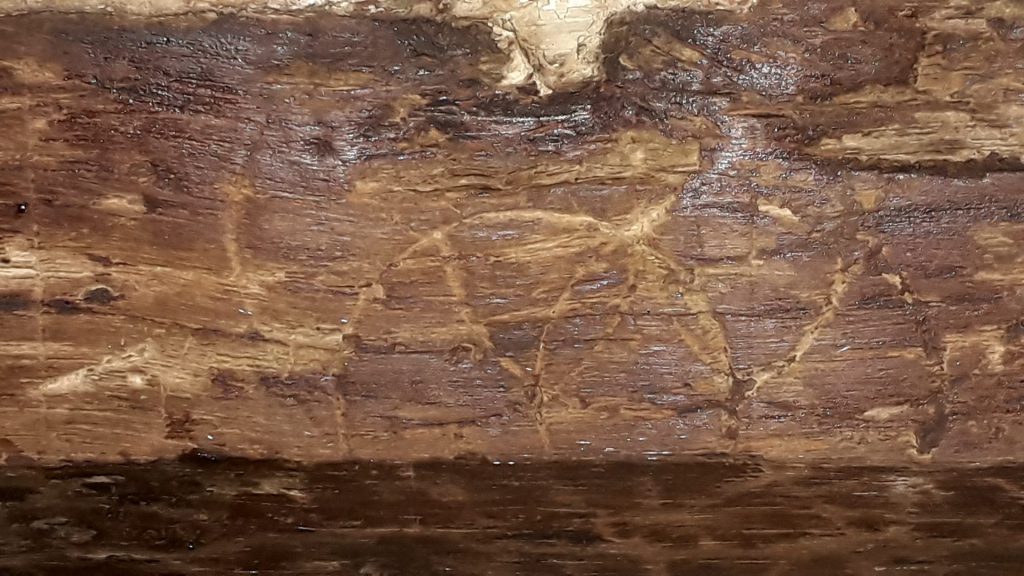 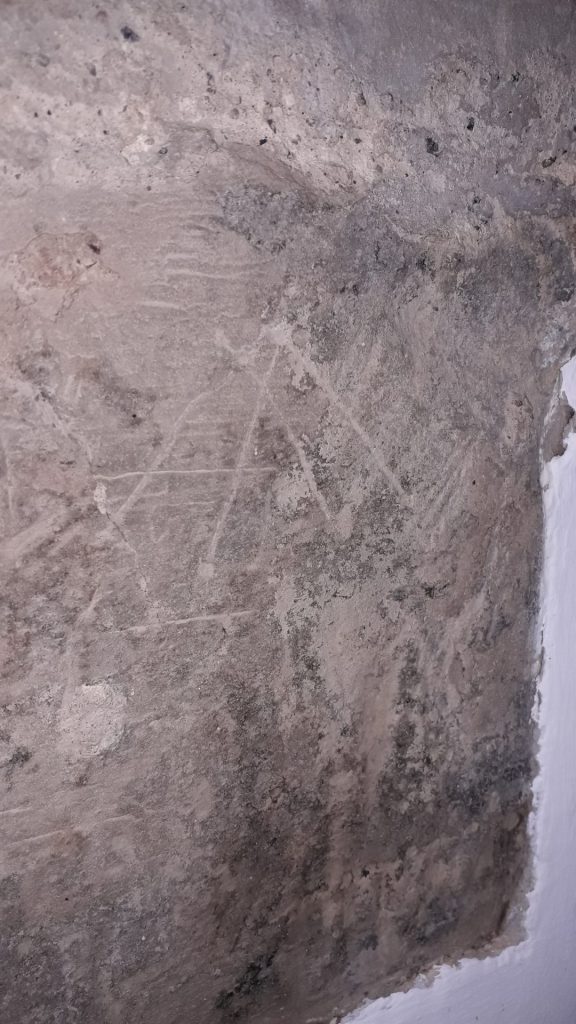 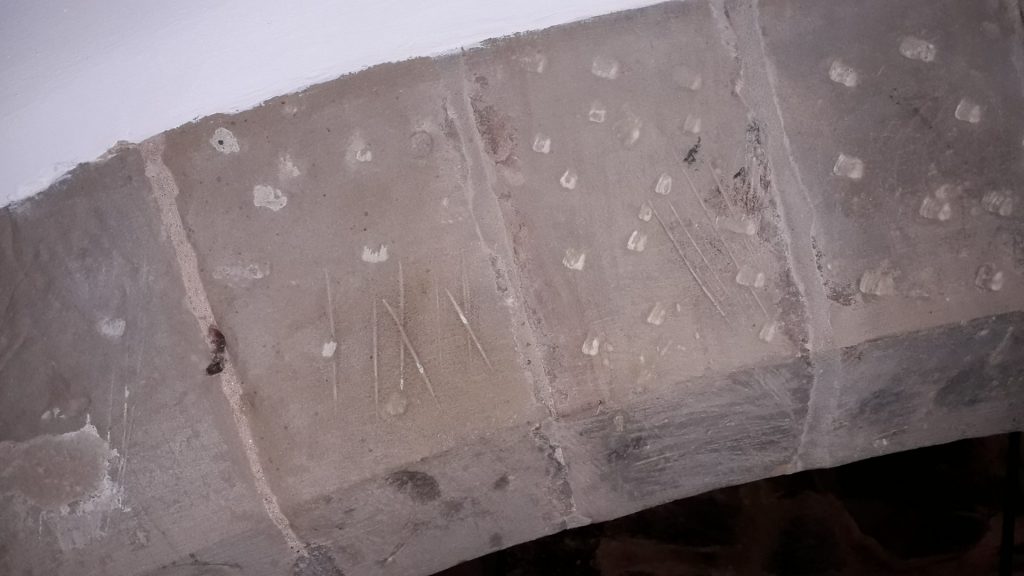 The most famous Digby family member was Sir Everard Digby, who was hung, drawn and quartered for his part in the conspiracy to kidnap Princess Elizabeth from Coombe Abbey following the intended blowing up of King James and Parliament in the Gunpowder Plot (1605).

Sir Everard’s uncle, John Digby of Seaton, Rutland, owned the house at the time of Sir Everard’s execution. John Digby himself was imprisoned for two years in the 1580s on suspicion of involvement in the Babington Plot against Elizabeth I. John Digby also lived in his home village of Seaton, where he and his family were regularly recorded as not attending church due to being recusant Catholics, who would not worship in the Protestant way.

In 1618 Anna Digby (half-sister of James), married Thomas Swinglehurst of Seaton. The modernisation of the house, by the addition of up-to-date large, square mullioned windows, an new upstairs fireplace and a new roof, may well be part of a marriage settlement or gift from the Digby family. 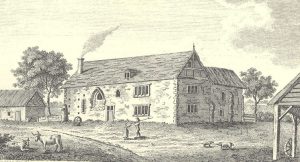 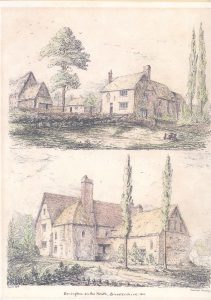 The earliest surviving picture of the house was published by John Nichols in 1795  and (right) Penelope Gresley’s 1856 images of the exterior.

Early in 1620, Thomas and Anne Swinglehurst owned the house and presumably lived in it but, later in the year they moved and sold the house back to the Digby Family – to either John or James.

In 1627, when John Digby died, the estate was broken up into three parts. One part including a dovecote and presumably the house, went to the Dilke Family a member of which was were already living in part of the house. The Dilke family also owned Maxstoke Castle, which still contains ‘Sir Everard Digby’s dining table’.

In 1670 the next owner, Thomas Harley, died, leaving the Manor House and a large area of land in a charitable trust. From 1670 to 1960 the Harley trust let out the Manor to many different tenant families, including the Bishops, Stones, Burgesses, Griffins and Hills. Because the rent went mostly to the charity, very little was changed in the house, preserving many 13th and 17th century features. 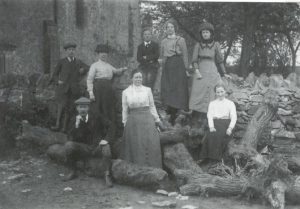 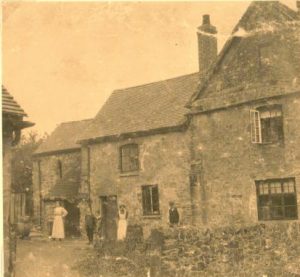 The Griffin Family and friends at the house just before WW1. Most of the the windows in the west face were replaced by larger Victorian windows.

In the early 1960s a local farmer bought the increasingly dilapidated site with an aim to renovate it, but due to cost and conservation restrictions the idea was abandoned instead he moved his pigs into the house as well as the barns. 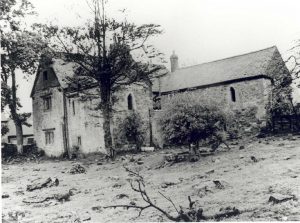 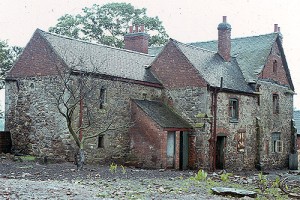 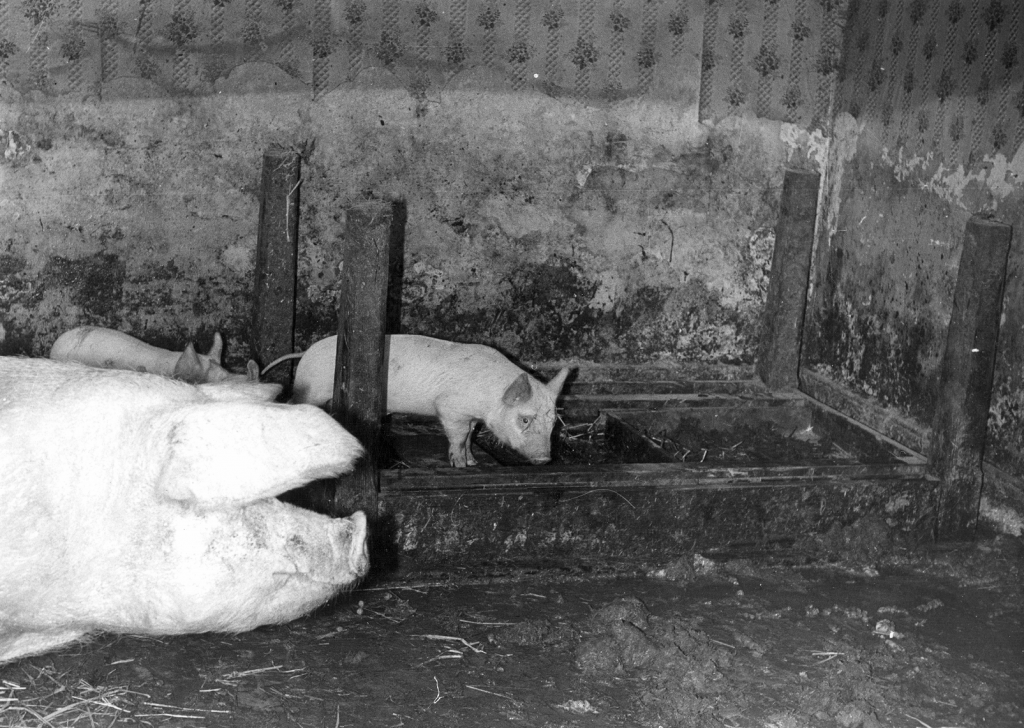 The (nearly) empty house in the 1960s. Note how much Victorian brickwork had replaced the half timber gable ends.

The house was extensively renovated by Leicestershire County Council between 1965 and 1972. This ensured the survival of the building for future generations and although many original 17th century features were removed we still have a remarkably well preserved historic house today.

Members of the The Manners Family were involved in the restoration of the house and their family crest, the peacock, is emblazoned on the downpipes, which date from that era.

Today the house holds only one artefact which is from the site when it was lived in. This is an 18th century cheese press base, made of Swithland slate, which was found in the garden.