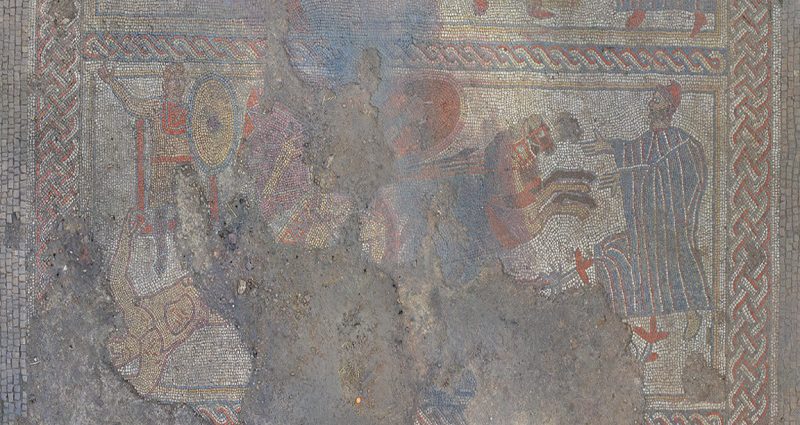 Deemed the ‘most exciting Roman mosaic discovery for a century’.

In 2020, a high status Roman villa was discovered close to the River Chater, south of Rutland Water. An excavation undertaken by the University of Leicester uncovered part of a dramatic mosaic with 3 panels each portraying a scene from the Siege of Troy as described in the Iliad.

An initial investigation was made after interesting surface pottery was found and exploring Google satellite images which led to a professional excavation.

In this fascinating talk, archaeologist Peter Liddle will speak about the excavations that took place that have revealed this most spectacular mosaic pavement showing the story of Hector and Achilles at the siege of Troy and the villa in whose main room it lay.

Tickets are £6 per person. You can purchase them online HERE or by calling our sales and enquiries team on 01455 290429.  Pre Booking Essential

Unfortunatly we do not have any upcoming events of your selected category at this time.

Back to all events